Deutsche Welle: Refugees Do Not Affect Greek Tourism for 2016 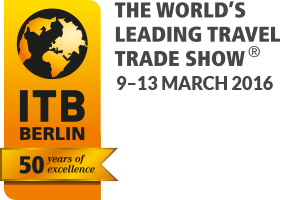 Approximately 10,000 exhibitors from 187 countries around the world participate in this year’s International Tourism Fair (ITB) in Berlin.

As the world’s largest exhibition of its kind, it remains the industry’s barometer for the whole year.

Based on the evidence so far, ITB shows that the number of German tourists who will come to Greece this year will remain around the 2015 level of about 2.8 million.

In other words, the refugee crisis does not seem to have serious negative consequences on Greek tourism, as noted in the following Deutsche Welle report:

Security remains the most decisive factor

According to Norbert Fimpich, President of the German Association of Travel Agencies (DRV) there are currently two prevailing trends in the global tourism market: “While many destinations record a noticeable rise in bookings from Germany, for others there is great reluctance. This obviously has to do with recent horrible events raising the question of each destination’s security.”

In particular, countries hit by terrorist attacks such as Turkey, Egypt and Tunisia face a significant drop in bookings from Germany. By the end of January, bookings for these countries were at least 40% lower than the same period last year.

Mr. Fimpich does not, however, exclude the possibility for this situation to change for the better, if the security situation is stabilized. This development mainly benefits destinations in Western Europe.

Portugal recorded an increase in bookings of 20% from Germany, the Canary Islands 21%, the Balearic Islands and the rest of Spain 4%, Italy 6%, and, it should be noted, Bulgaria 9%.

With regard to destinations outside Europe – a significant increase was recorded for the Caribbean and especially Cuba which will be visited during 2016 by 46% more Germans than last year.

But, what about tourism in Greece? Will the refugee crisis affect it negatively?

The answer Norbert Fimpich gives to Deutsche Welle is clear: “No. Regarding the course of bookings for Greece so far, we have not found any important consequences of the refugee issue.”

Travel agents who know the German market admit that January bookings for Greek destinations were significantly lower than last year.

But during February, the situation improved. The reason for the positive development was the impression created in the German public that the refugee issue has no implications on the country’s safety.

As Michael Frentzel, the chairman of German Tourism Industry Association (BTW) assures DW, Greece is still one of the most attractive tourist destinations for German tourists. Based on current bookings, it should be expected to rise.

This concerns mainly “islands that are related to a lesser extent with the refugee drama and for which there is still a great demand from Germany.”

It applies especially to destinations such as Rhodes, Crete and Corfu, but not on Lesbos and Samos.

Even reservations for Kos have been satisfactory.

An issue of great importance for tourism in Europe is preserving the free movement of travelers.

Limiting this freedom would have a negative impact on tourism.

Categorically, Michael Frentzel rejects on behalf of the German tourism industry  any thoughts of abolishing  Schengen or closing the border with Greece: “As a tourism industry, we have benefited greatly from free movement and a single currency, the euro. We hope that the measures that have been adopted along the Balkan route will be only temporary and that the protection of the EU’s external borders to Schengen will be restored. This will also be a great relief for Greece.”

>> Book Your Air Tickets to Greece <<