Greek Islands: Santorini and Crete Among the Most Popular Destinations for Couples and Singles 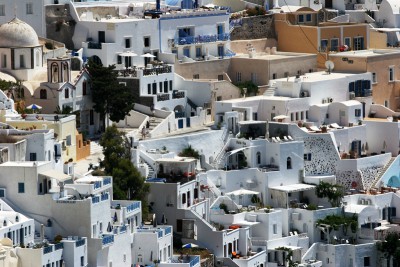 Santorini is among the 10 most popular destinations for couples, according to Travel Smart survey of global hotel reservation platform, Agoda.

The research is based on millions of bookings and reviews on Agoda taken from couples and singles.

Santorini ranked fifth in the list of the most attractive destination for couples in the world.

Bruges, Belgium is on the top of the global list of destinations and it is very popular with couples. Verona, legendary home of literature’s most famous star-crossed lovers, Romeo and Juliet, comes second and Hoi An, Vietnam, comes third, as Tornos news mentions.

The top 10 destinations for couples are the following:

A very important factor in most places on the list have in common is that they are smaller sized cities and have absolutely major cultural attractions to catch the visitors. Many of them are additionally ancient centers full of architectural attractions.

These destinations are not only rated by couples but also by Solo travelers who ranked them highly. The top ten destinations for singles list is almost identical except that it included Crete, Greece and not Krakow, Poland.

>> For Hotel Accommodation in Greece <<

>> For Tours and Cruises in Greece<<