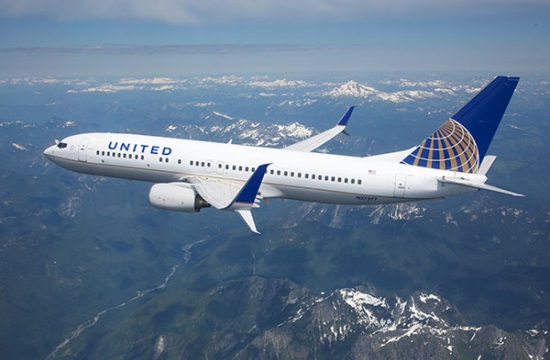 United Airlines has announced a new route between New York/Newark and Athens with direct flights on a daily basis, starting on May 26, 2016, subject to government approval.

United Airlines flight UA124 will depart Newark Liberty International Airport at 5:40 pm and arrive in Athens at 10:40 am the next morning, local time. The return flight UA125 will leave the Greek capital at 12.30 pm, arriving in Newark at 4:30 pm the same day, local time. Flight times will be 9 hours 50 minutes eastbound and 11 hours westbound.

The Athens flights have been timed to connect at New York (Newark) with an extensive network of service to destinations across the Americas.

The New York/Newark-Athens route will run until October 6. The airline will also add direct flights to Barcelona, Spain and Lisbon, Portugal.

“These new flights during Europe’s peak-summer travel season will provide additional access to Athens, Barcelona and Lisbon from hundreds of points we serve throughout North America, Latin America and the Caribbean,” said Brian Znotins, United’s vice president of network services.

“We are pleased about returning to Greece with nonstop flights to New York from Athens this summer”, said Marcel Fuchs, United’s Vice President of Atlantic and Pacific Sales and added “Our service will offer Greek customers not only direct access to New York City but also connections to destinations throughout the Americas via our Newark Liberty hub.”

Each new service is subject to government approval.

United operates flights from New York/Newark to more than 300 destinations throughout North, Central and South America and the Caribbean, including more than 100 served nonstop.

It operates the largest hub in the New York City metropolitan area at Newark Liberty International Airport check my reference. Located just 25 kilometres from downtown Manhattan, the airport offers the fastest surface transfer journeys to many parts of the city, including the AirTrain service to New York Penn Station in midtown Manhattan, with journey time of less than 30 minutes.

The airline is a founding member of Star Alliance, which provides service to 192 countries via 28 member airlines.

>> Book Your Direct Flight To Athens <<